Anyone who has experienced the Long Harsh Personal Winter of Depression would not for one moment doubt the veracity of Naomi Osaka’s admission that she is suffering with depression. She summed the situation up very clearly in her own words. “The truth is that I have suffered long bouts of depression since the US Open in 2018 and I have had a really hard time coping with that,” she added that she would “never trivialise mental health or use the term lightly. Anyone that knows me, knows I’m introverted, and anyone that has seen me at the tournaments will notice that I often wear headphones to help dull my social anxiety.” 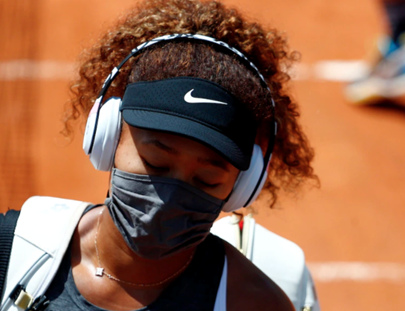 Those who continue to level criticism at Naomi can only be doing so out of ignorance. For these uninformed and frankly dangerous I offer a couple of telling key facts:

Accusing Naomi of being petulant, spoiled, selfish or self-indulgent is, quite frankly, ridiculous. The far more plausible, realistic, reasonable and empathetic explanation is both obvious and simple: Naomi has pushed herself beyond breaking point. (As many professional elite-level athletes often do which is why they usually have a psychologist as a key member of their support staff.) In the interests of self-preservation Naomi has (if somewhat belatedly) shut down in order to protect herself. While it may be arguable that she has an obligation to her ‘job’ and in some small part to the media, this does not ever, and should not ever, eclipse Naomi’s responsibility to look after herself. I still find it confounding that even at an elite level we are exhaustively taught to look after our physical health while we continue to be taught next to nothing about how to maintain basic psychological hygiene.

The first Keystone Principle of Metaphorical Therapy is self-preservation. Self-preservation is the reason why a mother on a plane puts her own oxygen mask on before putting one on her baby. Self-preservation must come first. You can’t help others let alone be of service to your sport or your supporters if you don’t look after yourself first and foremost. And that, in a nutshell, is what Naomi is doing. I personally applaud her for having the courage to recognise the gravity of her obviously precarious mental health in order to do what is necessary to regain her equilibrium and resilience. I hope that her fine example inspires millions of other sufferers to find the courage to follow in her footsteps.

In closing: It would do well for Naomi to be especially mindful of the second Keystone Principle of Metaphorical Therapy. That of Boundaries. Boundaries are there to separate and protect. Naomi may need to build a formidable double-brick wall to protect herself from hurtful comments born of self-interest and ignorance. Naomi Osaka has recognised that she is a player in the most gruelling and unforgiving contest of all. The one called life. In my eyes she is already a champion in the big game. Bravo. And bugger anybody who says anything less. 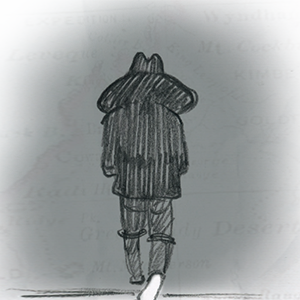 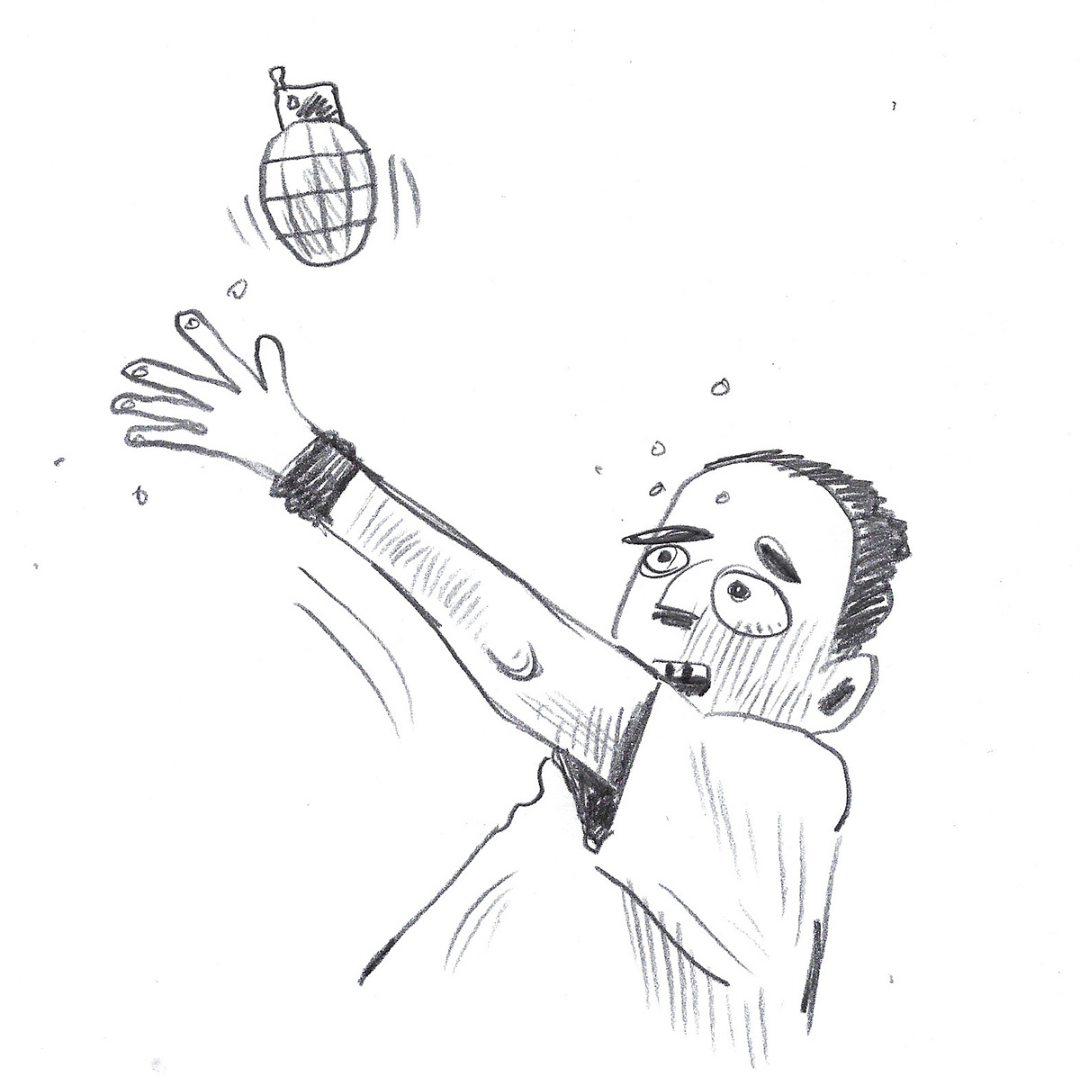 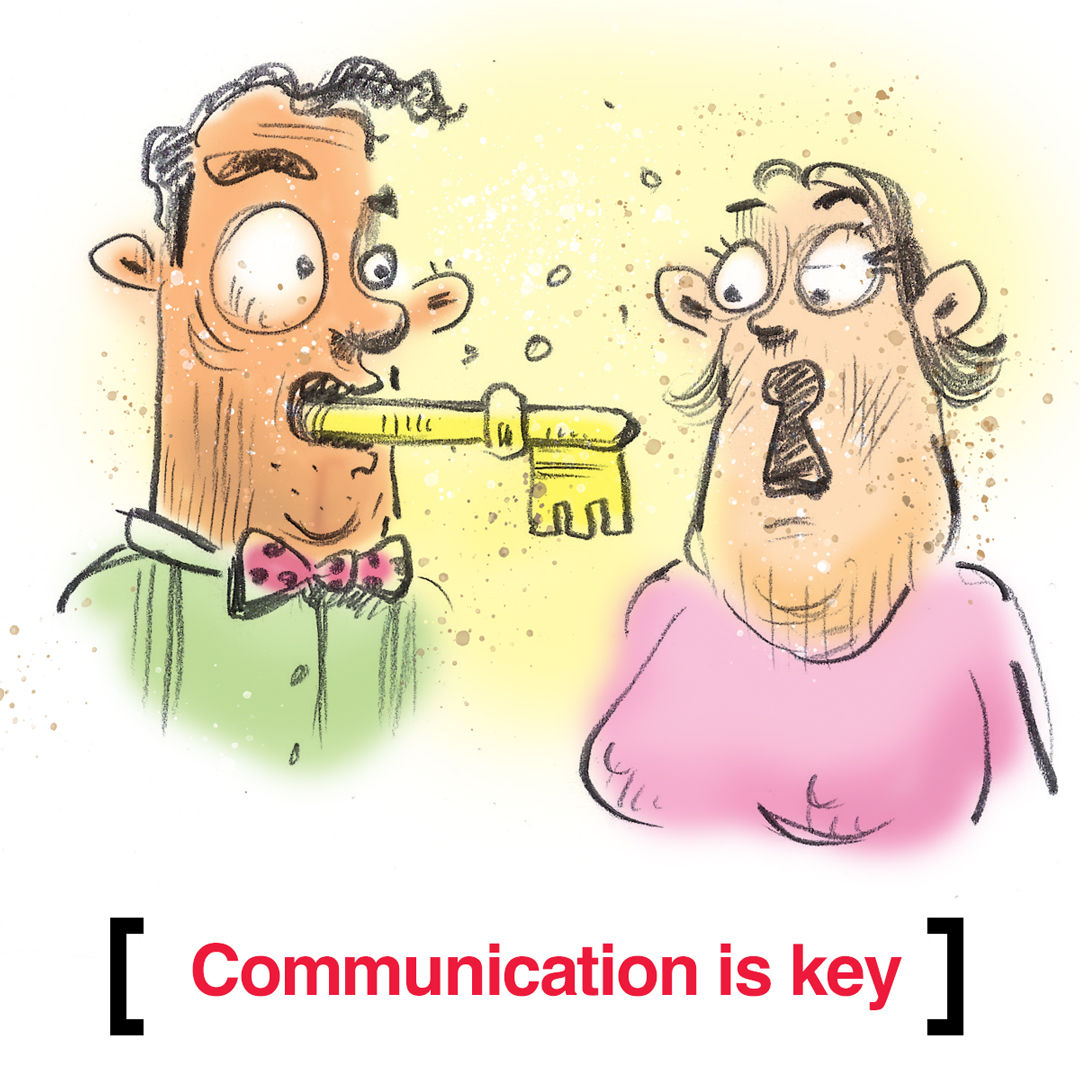 Gallows humour is a basic human instinct. We have been laughing in the face of danger since the first troglodyte came face to face with a sabre-tooth tiger and giggled nervously to avoid shitting all over his favourite sloth-skin loincloth. Gallows humour makes us brave just like swearing helps us endure more pain. No shit. 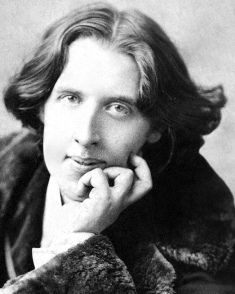 Freud, in a 1927 essay titled Humour (Der Humor) says about gallows humour; “The ego refuses to be distressed by the provocations of reality, to let itself be compelled to suffer. It insists that it cannot be affected by the traumas of the external world; it shows, in fact, that such traumas are no more than occasions for it to gain pleasure.”

Humour in the face of the dire circumstances is a natural human instinct. History overflows with side-splitting examples of it. Murderer James French suggested the headline, “French Fries” to announce his execution by electric chair. At his public execution William Palmer looked at the gallows trapdoor and asked, “Is it safe?” Arriving in emergency after being shot by John Hinkley, Ronald Reagan came up with the knee-slapper, “I hope you’re all Republicans.” When Bob Hope’s wife asked where he would like to be buried he deadpanned, “Surprise me.” When W.C Fields, a lifetime atheist, was asked why he was reading the Bible on his deathbed, he replied, “I’m looking for loopholes.” Groucho Marx said, “Either I’m dead or my watch has stopped.” At Thermopylae, when the Persian God-King Xerxes told the gallant confederacy of Free Greeks and Spartans that the Persian arrows would be so numerous they would block out the sun, Spartan King Leonides shrugged and said, “Well then we shall fight in the shade.”

Spike Milligan displayed a typically flash of what might be termed post-gallows humour when he arranged to have the Irish phrase, “Duirt me leat go raibh me breoite” chiseled into his tombstone; “I told you I was ill.” On the 29th of October 1618 Sir Walter Raleigh looked at the ax that was to separate his head from his body and he from his life and and mused, “This is a sharp medicine, but it is a physician for all diseases and miseries.” Had his fatal haircut come but few years later, Sir Walter could have been resurrected by a bracing blast of smoke up the back of his breeches. Blowing smoke up the rectum was to become a routine and much respected medical procedure in the late 17th Century. But that is a puff up the bum for another day.

Laughter Is The Shortest Distance Between Two People

One of the most crushing emotions experienced by those in psychologically toxic, threatening or conflicted circumstances is a feeling of isolation – a debilitating all-pervading sense of loneliness. When it is not cruel, and indeed it can be, humour is embracing and inclusive. It is living proof of empathy and of understanding. Don’t we all have a controlling battle-axe auntie? Don’t we all have a narcissistic sibling? We might not all have a perpetually banjaxed two-pot screamer of a flamboyantly camp uncle, but chances are we know someone who does. We see in a shared smile the reflection of our own life and behaviour. It is not always a flattering reflection. We cannot help but see much of our own human frailty echoed in the experience of others.

Take Heart. In This Messy Business Called Life We Are Not Alone

Empathy is the key that unlocks our feelings of isolation to relieve the deep loneliness that all of us are fated to experience at one time or another. Laughter is proof that we are not alone in our suffering.  Having seen that we are not alone we can no longer feel quite so alone. This is one of the most important functions of Metaphorical Therapy: To help you understand that you are never truly isolated or alone. We are all in deep shit together. The feeling that most often follows the insight that we are together in this messy business called life, is typically one of blessed overwhelming relief. Our lives may be shaped quite differently, but the psychopathological issues and problems that plague human relationships recur in remarkably similar shapes. Understanding these patterns is the first step on the metaphorical therapeutic bridge to peace, contentment and a sustainably healthy state of mind. Life is a joke. Occasionally it’s a cruel joke. But it is a joke nonetheless.