Our profession is infected with jargon (and our patients are suffering)

So how long have I got Doc?

After several consultations your Doctor sits you down and, after arranging their features into what they believe might approximate an expression of professional compassion empathy, they say: “I am afraid your condition is idiopathic.”

You try to stay calm but never the less your voice quavers as you squeak, “Is that bad? How long do I have?”

Yes, it’s bad. Very bad. It’s bad because your Doctor just told you that she has no idea what is wrong with you. An idiopathic disease is any disease with an unknown cause or mechanism of apparently spontaneous origin. From Greek ἴδιος idios “one’s own” and πάθος pathos “suffering”, idiopathy means approximately “a disease of its own kind”. It’s no coincidence that the word idiot shares the same etymology springing as it does from the Greek word idios, meaning self. Everyone in Ancient Greece was required to vote. Exceptions were granted only to people judged to be mentally incapable. These people were regarded as being citizens only of themselves (idios) and hence we arrive, by a short and very straight path, at the English word idiot.

Doctor: The results of your biopsy are positive for dysplasia and highly suggestive of neoplasia

Patient: Positive! What a relief, I was afraid I might have cancer.

Why jargon just isn’t that bright

Idiot is a word which might be reasonably applied to any medico given to the overuse of opaque obfuscous professional cant. Jargon is increasingly suspected of being the refuge of the unsure, the indecisive and the insecure. And patients are by and large thoroughly sick of it – to the extent that there is now a world-wide movement to improve health literacy by dropping jargon. It is easier to find “the kidney unit” than to wonder and wander endlessly about and in search of nephrology.

Jargon is used for a multiplicity of reasons: It facilitates understanding of technical details under discussion by a specialised group. It contributes to members of a particular group feeling that they are “part of the club” and that they belong. (No one loves jargon more than illicit drug users and criminals, not the best company for your average medical specialist.) Jargon is also often used to exclude, ostracise, isolate and belittle. Small wonder that so many of us react to it negatively and with no small measure of suspicion.

Even when purporting to be simple, jargon can be disconcertingly discombobulating. Einstein was not being intentionally confusing when he said, “Make things as simple as possible, but no simpler.” He is simply telling us to not overcomplicate our explanations.More importantly, he encourages us to streamline our statements to the point where they can be understood, but never so much so that we strip out essential information. Einstein inspires us to try and find the “sweet spot,” where the complex is made simple enough to be accessible, without falling into the trap of being simplistic. At face value (another metaphor) my system of Metaphorical Therapy appears obvious. Even elementary. But that is another story for another blog. The point of the reference here to metaphors is; to illustrate how effectively they can act both as an inclusive alternative and as an antidote to jargon. Regardless of your particular medical discipline, be mindful that simplicity can be profound. Do not be seduced into settling for the shallow simplistic view and never submit to the temptation to dress the prosaic in fancy leis of jargon. Doing this, outside of technical discussion with your peers, serves nothing but your ego. What’s more; it confuses and frightens people, many of whom are already suffering.

First, do no harm

Metaphors are vastly superior to jargon partly because they are complete packages of complex meaning but most of all because they are inclusive. Where jargon alienates and isolates metaphors bind and unite. Metaphors, be they linguistic or pictorial, have almost unrivalled power to make even the most complex ideas accessible to mere mortals like moi. Einstein used the metaphor of the twin paradox to describe the thought experiment in special relativity; a metaphorical twin returning from a journey into space on a rocket travelling at close to the speed of light returns to find her twin has aged more than she has. Without Schrödinger’s Cat Box metaphor any interpretation of quantum mechanics would have remained forever at the bottom of the litter-box of my mind. (BTW my advice is to not go down the Cat Box rabbit-hole you may never come out:) In summary then: From a patient’s point of view jargon is confusing, alienating and down-right frightening. That’s why I heartily recommend the alternative use of everyday language and metaphors to explain complex subjects. In fact, the more complicated the subject, the more simple explanation and illustration are required.

Primum non nocere – First do no harm is the lynchpin of The Hippocratic Oath. Jargon does harm. Drop it.

Some thoughts on how to go about the surgical removal of excess jargon (and inoculation against reinfection):

Without self-preservation you’re dead in the water

Knowing something intellectually is not enough

The Metaphorical Therapy  system teaches you a fundamental psychological principle through the shackling of a metaphor you already know, understand and accept. In doing this I convert an intellectual truth into an universal emotional truth, and as a result you will change the way you both think and behave. Knowing something intellectually is not enough; emotionally accepting it is the key to enable you to change your behaviour and be healthy.

I chain the oxygen mask in the plane to the principle of self-preservation, a fence to the principle of boundaries, and self-worth is my “Gold”, my time, love and energy which I invest and expect a return. I won’t explain what’s happening behind the scenes psychologically, it’s not necessary to help you. I just want you to extract the most benefit efficiently, quickly and permanently, hence my succinct chapters, memorable phrases and educational illustrations.

Adults and children learn more from consequences than anything else

The chapters build on each other, from foundations of self-preservation, boundaries, self-worth moving up to your family, friends and relationships. I then give you an emotional education and explain how consequences teach both children and adults and are critical to bring about change.

I provide an insight into what it’s like to experience Post Traumatic Stress Disorder, Anxiety or Depression, because they are real problems. People with these conditions need help, support and care; not criticism. 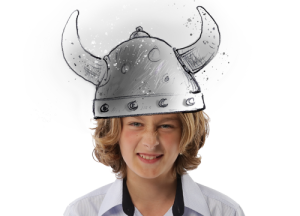 The System does not shy away from serious problems and challenges. There is even a section titled “when life gets serious and you go to war”, which you will find both practical and profoundly helpful. While you may not have the experience or skill to deal with an addict or a disturbed person, the System can help you towards developing an effective strategy to manage difficult and dangerous people.

Metaphorical Therapy will I’ll help you mop up emotionally, grieve your losses, lick your wounds, settle yourself and above all SURVIVE.