Burnout is a wildfire

According to at least two new independent reports an alarming and rapidly increasing number of Australians are planning to change jobs. Research and advisory firm Gartner released its 2019 Global talent Monitor which surveyed 1,909 Australian professionals. It found that in the first three months of 2019 only 30 per cent of respondents had a high intention of staying in their current roles (a drop of 8 per cent since last quarter) and almost half were actively seeking new jobs (an increase of 5 per cent).

The reason?  Burnout. So, what can organisations do to stem this rising tide?

RETURNING TO WORK FOLLOWING A MENTAL-HEALTH RELATED INJURY TAKES THREE TIMES LONGER THAN IT DOES RETURNING AFTER A PHYSICAL INJURY.

So it is vital that businesses implement simple organisation-wide solutions to mental health and burnout problems in order to keep retention and productivity rates high. This is more important than ever because new reports show people are job searching more and organisations have high turnover rates.

According to recruitment firm Hays, 40 per cent of Australians will be seeking a new job in the next 12 months and another 28 per cent haven’t decided whether to stay in their current role or look elsewhere. This comes from the company’s 2019/2020 (HSG) which surveyed 1,600 professionals across 25 industries (including HR). It also found that the average staff turnover rate is at 33 per cent.

Why are there movements?

According to the HSG, there are a few reasons professionals are thinking or planning on leaving their current roles:

Gartner’s information suggests that this last reason is probably far worse than it appears on the surface. It found that one of the top reasons people are job seeking right now is because many are on the brink of burnout! 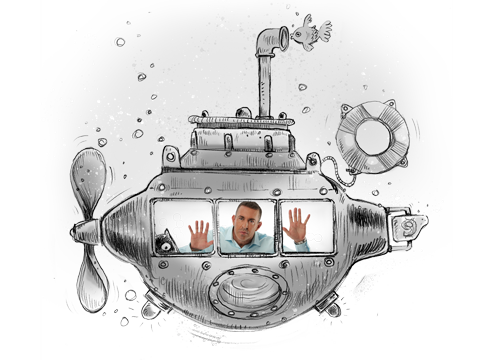 Burnout is a very real and serious issue that is only becoming more prevalent, just recently the World Health Organisation (WHO) included burnout on its 11th revision of the International Classification of Diseases.

The organisation found the most prominent symptoms of burnout are “feelings of energy depletion or exhaustion; increased mental distance from one’s job, or feelings of negativism or cynicism related to one’s job; and reduced professional efficacy.”

Burnout should be a real concern to businesses as the condition affects productivity, particularly if it escalates to the point where it becomes a psychological injury.

A common cause of burnout is obvious enough – working overtime. The HSG says in the last 12 months, 31 per cent of survey respondents indicated an increase in overtime or extra hours spent working at their organisations. Fifty-seven per cent said they weren’t paid for the hours they worked overtime.

The GTM shows that employees are aware of expectations to work overtime but the “workforce simply cannot give anymore.” It shows that Australia’s workforce discretionary efforts (the willingness and ability to work overtime) are at the lowest point since 2014, coming in at 15.7 per cent.

What jumped out as alarming is that workers have hit a wall and that has showed up in January, February and March – not at the end of the year. Organisations have stripped the fat in every area of operations as they look to drive efficiencies and move their business into the future.

Growth targets are high, and for years, organisations have expected their workers to do more with less and achieve continuous results against a backdrop of constant change and increasing complexity.

To counter the effect on attraction and retention, employers will need to reinvest in training, offer career development pathways, think beyond staggered start and finish times to offer genuine work-life balance initiatives and give diversity policies more than mere lip service.

Another solution is implementing an Employee Value Proposition that focuses on what employees value most, and that value is respect.

Being nice costs nothing. Empathy costs nothing. Being considerate costs nothing. Look at your workforce. Recognise and respect the effort that they are putting in and acknowledge the sacrifices they are making. If organisations are serious about competing in the future then they can’t just attract the ‘right talent’ – they need to foster a culture than enables them to care for it and to keep it.

One metaphor to rule them all

The Unifying Spiral is precisely what it sounds like. It is the powerful all-embracing visual metaphor that unites all Metaphorical Therapy’s Keystone Principles.  The centre of the spiral is safe. The outside dangerous.  Risk in the centre is low. Risk on the outside is high. In between the centre and the periphery are many levels of boundaries. Boundaries are low in the centre and grow higher as you progress the further from the safety of the centre.  The purpose of your boundaries is to separate you and your problems from those of your neighbours. They also protect you from the danger of a needy neighbour dumping their problems on you.  A lot of emotional gold is invested in relationships located in the middle of your Spiral. Relatively little emotion is invested in higher risk relationships sensibly located on the on the riskier perimeter. The position of an individual on your spiral is obviously commensurate with the degree of trust you are prepared to place in them. Those in whom you trust are granted access to the centre of your spiral. Less known and possibly less trustworthy individuals are best kept a healthy emotional distance out on the fringes of your emotional life where they do not pose a threat. Your Spiral even reminds you constantly of good old “stranger danger” by reflecting an element of time. Granting relative strangers direct immediate entry to the centre of your spiral is immature and downright dangerous. Everyone has to earn their way in by demonstrating that they are trustworthy. And that takes time. The shortest reasonable time that one should allow to pass before considering allowing a person in a new relationship to begin to approach the centre of one’s Spiral is around eighteen months. The shorter the time the greater the risk!

The Universal Spiral is a dynamic metaphor. It infers movement. And this is intended. It can be perceived as both flat and in three dimensions like a spring. Imagine the Spiral as always spinning, morphing and changing according to your circumstances. This is exactly as it should be because this is precisely what happens in real-life and in in the real world. The implied flow of the Spiral accommodates this dynamic ever-changing process. As people around you change, so you change to accommodate them. The Spiral empowers you to constantly audit relationships and to adjust the position of individuals on your metaphorical spiral accordingly.  As we have said, you can visualise the Unifying Spiral is a three-dimensional spinning vortex. Seen thus; it becomes a powerful tool to imagine, understand, organise and evaluate your feelings and your thinking. When appropriately employed the Spiral will reflect changes in your relationships and help you orientate yourself appropriately to minimise emotional risk and danger. It will guide you in coping with difficult, damaging and dangerous people. Remember those people may be a part of your family. Metaphorical Therapy and the Universal Spiral will help you understand that blood is not always thicker than water. Relatives do not get a free pass to the centre of safe centre Spiral where you are most vulnerable. It has been said that family is an hereditary disease. While this may seem cynical the sad fact is that it often embodies a grain of unfortunate and unhappy truth. By using the Spiral, you can be forewarned. And as the venerable saying goes: forewarned is forearmed.

A management tool for life

Once you are adept at using the Spiral you will find yourself returning to it time and time again because, in a word; it makes life easier. Issues are easier to understand and articulate and that makes them much easier to manage. The Spiral will also make it easier for you to identify and evict dangerous potentially hurtful people from the centre of your emotional life and, what is more, to understand and support those who are grieving by being able to visualise where they are on their personal journey from the trauma of loss to the emotional resolution that comes with time and figurative distance gained onboard the metaphorical rollercoaster ride of grief.

The central organising principle of the Metaphorical Therapy System

It provides a unifying visual language – a kind of metaphorical shorthand. The Spiral is revisited and referred to throughout all five of Metaphorical Therapy’s Keystone modules and it relates to your keystone principles of self-preservation, boundaries, self-worth and processing emotions in a unique and specific way. Furthermore, it is easy to remember and it has proven itself over time to be an immeasurably practical and pragmatic therapeutic tool. Think of your Spiral as a combination of both the chart and the compass that help you navigate away from the dark waters of mental illness and towards calm that comes with psychological resilience, robustness, health and wellbeing.

The Unifying Spiral will make you a better friend, mentor, parent and life partner

In short: The Unifying Spiral will help you visualise, intuitively understand and interrogate the dynamics and potential consequences of almost any given situation or set of circumstances. In time, you will find that its use becomes intuitive. Thinking in terms of the Spiral will become second nature. Your personal Spiral will make you more empathetic; not only to others but more importantly to yourself. It will help you better understand the process of grief and loss. It will clearly illustrate that grief is a journey that we must all undertake at some time. A journey that, while sometimes harrowing, ends in peace, acceptance and the ability to finally let go, not of the memories but of the pain that so often accompanies them. Your Spiral is there to help you understand and deal with the loss of precious emotional gold that you may have invested in a given relationship over time. Understanding The Unifying Spiral will make you a better friend, mentor, parent and life partner.